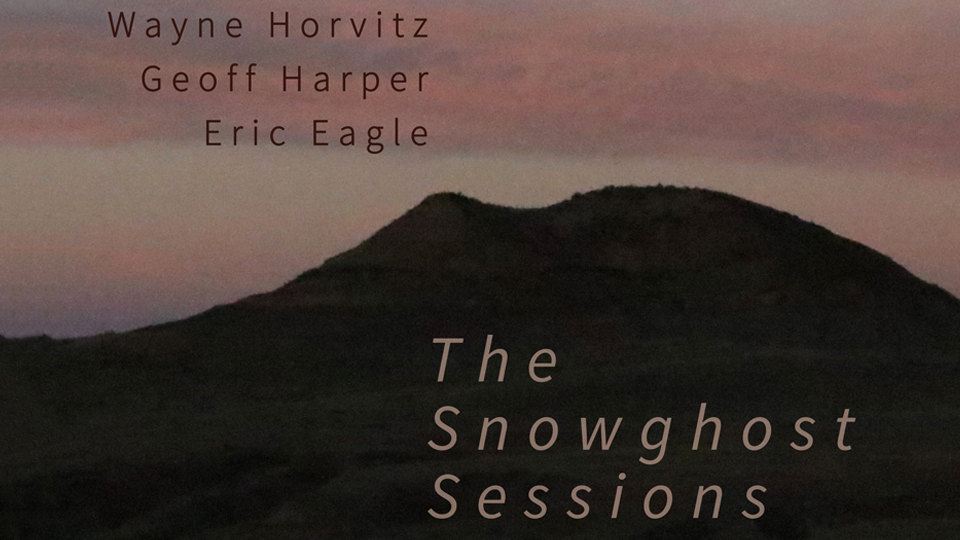 In the spring of 2015 Wayne Horvitz, with long time collaborators Eric Eagle (drums) and Geoff Harper (bass), spent a week in residence at Snowghost Studios in Whitefish, Montana. Snowghost is a state of the art 21st century recording studio with great acoustic spaces, and a meticulously maintained Steinway grand piano. Owner and engineer Brett Allen engineered the sessions, and the sessions were produced by Mr. Eagle and Mr. Horvitz. http://snowghostmusic.com/

“I’ve never felt so free of expectations in the recording studio in my life” says Mr. Horvitz. “The sessions were relaxed, creative, and without a specific goal. We didn’t set out to make a record, we just set out to enjoy the process. I brought in a pile of tunes and sketches, and started making music. The only thing I knew was, I wanted to work with Eric and Geoff, and I wanted find an organic marriage between the idea of a piano trio, and some ideas I’d been exploring with amplified and processed piano.”

In 2016 Mr. Eagle and Mr. Horvitz began editing and mixing at “Skoor Sound” in Seattle. Using the same relaxed approach as the sessions, the mixes were done over a 9-month period.

Most tracks are live, including the processing, with minimal overdubs. A few tracks involve multiple keyboards.