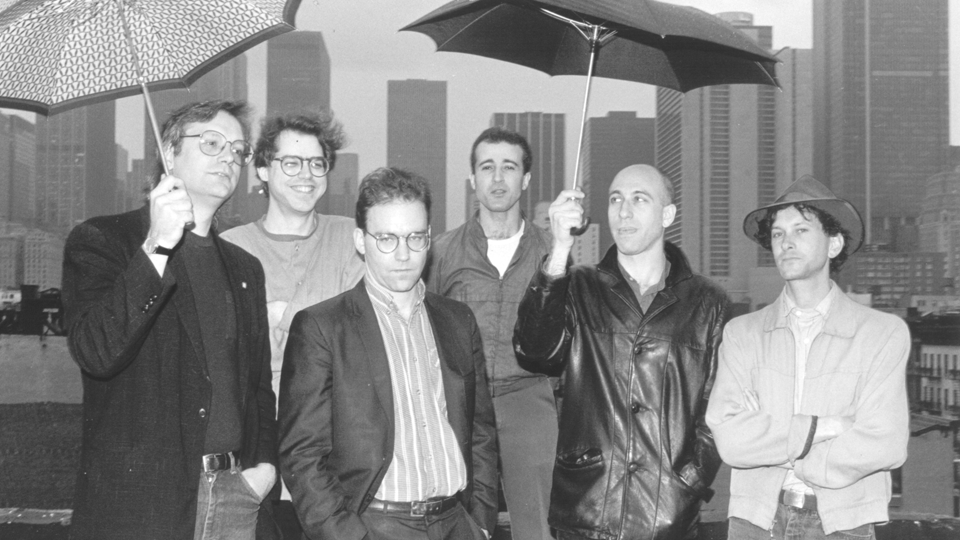 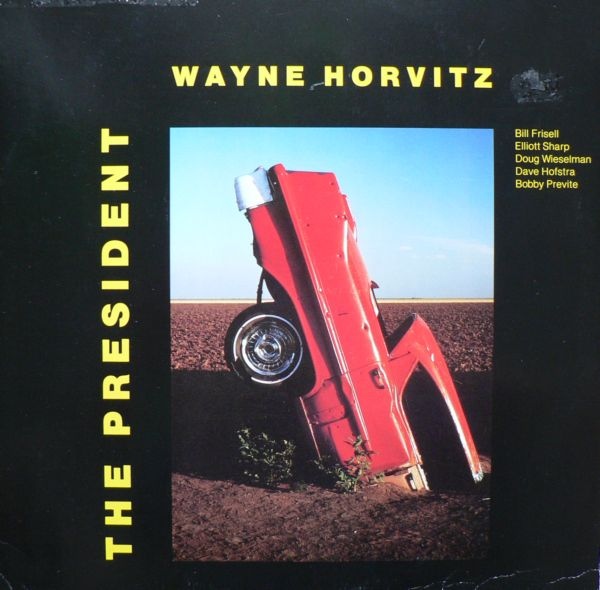 The President was formed in 1985 with an original line-up of Bobby Previte, Dave Sewelson, Kevin Cosgrove, Wayne Horvitz and Joe Gallant. Shortly thereafter, Stew Cutler joined on guitar, Doug Wieselman on sax, and Dave Hofstra on bass. This band performed frequently on NYC’s downtown rock scene including shows at CBGB’s, The Mudd Club, Folk City (with the legendary Minutemen), Peppermint lounge and others. By 1987 Stew Cutler had been replaced by both Elliott Sharp and Bill Frisell for the first of a number of 6-piece versions. The first President album was released on LP and CD on the Dossier label in Germany. Part of the album was reisued in the Nonesuch title, This New Generation. The band performed around NYC and made its’ European debut at the Zurich Jazz Festival. A European tour followed with slide-guitarist Dave Tronzo taking the place of Bill Frisell.

The President recorded 2 records for Nonesuch, Bring Yr Camera and Miracle Mile which featured Stew Cutler on guitar, J.A. Deane on electronics and trombone, and Kermit Driscoll on bass. This band toured the U.S. in 1990. The final European tour featured a quintet again, minus Deane and with Seattle bassist Fred Chalenor.

The President’s music was a blend of gospel and roots music filtered through repetitive and asymettrical patterns. “I was working with sequencers for the first time, and enjoying putting my harmonic ideas up against interesting little repetitive grooves. I was accused of being influenced by Minimalism, but I never heard that. I was often quoted as being influenced by Indonesian music, but often for the wrong reason. The rhythmic cycles were not what I took from Indonesian music, but rather the role of the improvisor. I was knocked out by the way the Suling and the Rebab solos throughout a piece, but not featured. In the music of India, or Charlie Parker, the soloist is supported by the ensemble and is the principal focus. I liked the idea of the soloist informing and shading the composition. I would often ask Stew or Doug to say inside the blues, or a gospel sound, or whatever, and let the composition change the perspective on that sound. Sort of like taking a Muddy Waters solo and changing everything else around it.”

What the critics said about The President: