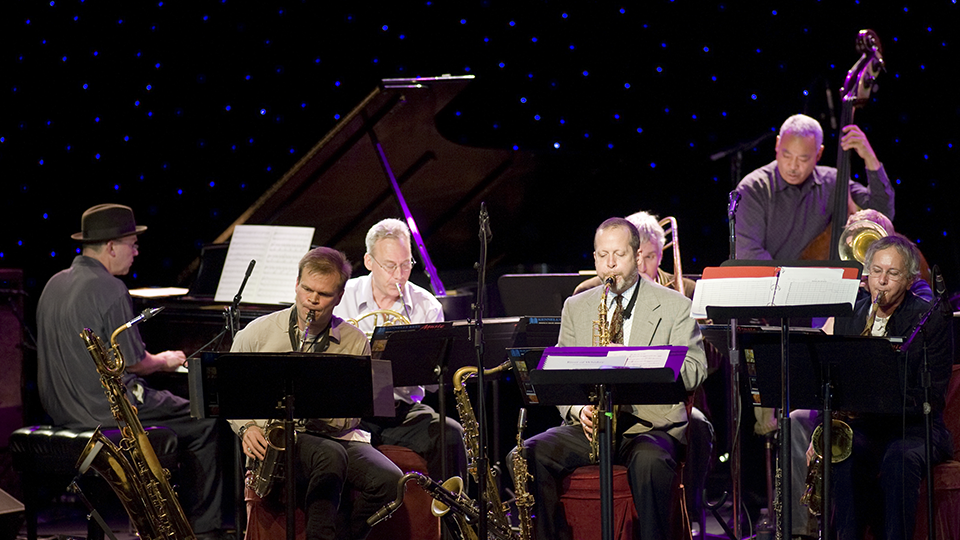 The New York Composers Orchestra was formed in 1986 by composersWayne Horvitz and Robin Holcomb. The NYCO provides a regular performing ensemble for composers wishing to write for a jazz instrumentation without being confined to traditional notions of jazz and big band styles. This requires musicians who are excellent readers, ensemble players, and improvisers in a variety of idioms. Since its inception, the NYCO has performed commissioned works by Lenny Pickett, Marty Ehrlich, Anthony Braxton, Bobby Previte, Elliott Sharp, Robin Holcomb, Doug Wieselman, Philip Johnston, Butch Morris, Bob Nell and Wayne Horvitz. Initial performances in New York included concerts at Roulette, The Greenwich House Music School, BAM, The Kitchen and the Knitting Factory. In 1988 the NYCO was featured at the Moers Music Festival in Germany.

In 1989, Mr. Horvitz and Ms. Holcomb relocated to Seattle. Since that time the repertoire has been performed by the original NYCO ensemble, a “NYCO West” consisting of Pacific Northwest musicians, and other ensembles including theJazz Composers Alliance Orchestra (Boston) with Marty Ehrlich andWayne Horvitz as guest artists and the Perth University Jazz Ensemble(Australia) with Mr. Horvitz directing. Student ensembles that have performed the repertoire include The University of Oregon, Macalaster College and the Clark Terry Institute of Jazz Studies.

In 1995, five members of the original NYCO joined 8 UK musicians, including trumpeter Kenny Wheeler, to do a 2 week British Arts Council tour of England. In the summer of 1996 the NYCO performed at the Verona jazz festival.

What the critics said about the New York Composers Orchestra:

“That these extravagantly gifted improvisers and composers remain stranded on the fringe is a crime. A truly contemporary big band that crafts an original ensemble voice from unfashionable postbop jazz devices and multistylistic influences, the NYCO points directions out of the musical prison that surround too much current jazz. And, like all truly great big bands, it swings its tail off.”
Steve Futterman, Rolling Stone