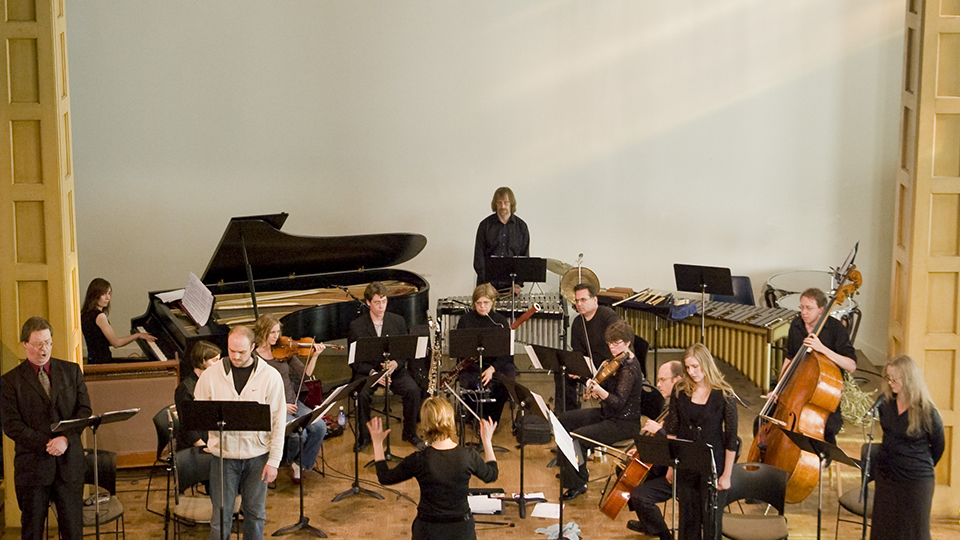 The Heartsong of Charging Elk

History tells us that in 1889, in Marseille, France, an Oglala Sioux named Charging Elk was hospitalized with broken ribs and influenza while on tour with Buffalo Bill’s Wild West Show.  After his condition subsided, Charging Elk found himself stranded in France, speaking neither French, nor English, after the show moved on without him.   Using that historical predicament for his springboard, James Welch conjures a poetic narrative of Charging Elk’s displaced existence following his abandonment in The Heartsong of Charging Elk.

Composer Wayne Horvitz and renowned writer/director Rinde Eckert, along with composer/songwriter Robin Holcomb, have collaborated to adapt The Heartsong of Charging Elk into an oratorio for 4 voices and 10 chamber instruments.  A workshop performance of the piece premiered on May 31st, 2008 at the Chapel Performance Space in Seattle.

Mr. Horvitz describes the genesis of the piece:

I originally found out about James Welch’s novel from Sherman Alexie, and Sherman and I made plans to work together on the adaptation.  Unfortunately by the time I was ready to start writing, Sherman was in the middle of two book tours, so we decided to proceed with Rinde writing most of the text for the workshop, and Sherman acting as a creative consultant for the project.  This performance will essentially be the template for a full evening length work that I hope to complete with all the contributing collaborators by 2010.  It will then be fully staged, with sets, lights and so forth.

This collaboration was made possible through the generous support of the Paul G. Allen Family Foundation, the Mayor’s Office of Arts and Cultural Affairs, and 4Culture, with additional support from Earshot Jazz.