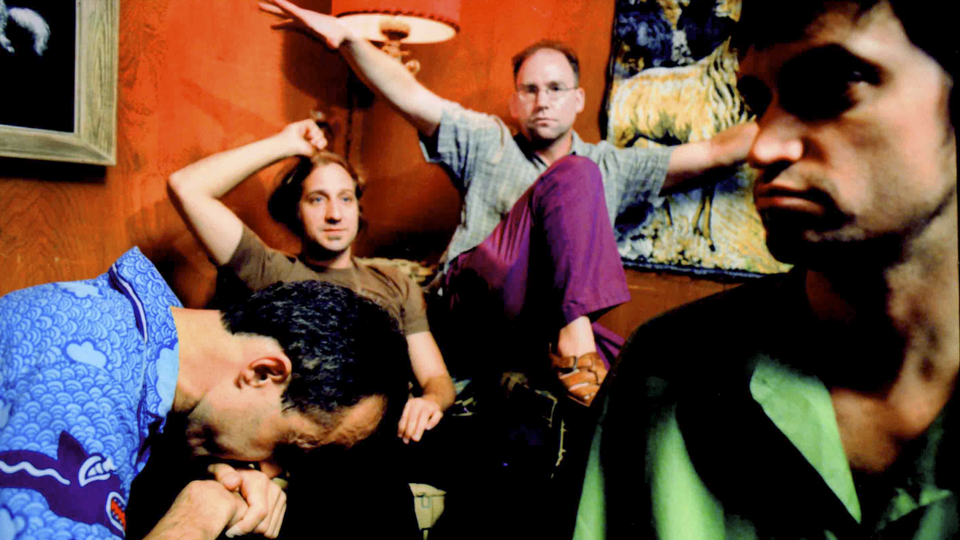 Ponga released 3 CD’s and a 12″ vinyl: Ponga (1998) and The Ponga Remixes (1999) were both released by Loosegroove. Tracks from the remix CD were also released on 12″ vinyl. Psychological (2000) received a Japanese release on P-Vine.

Bobby Previte leads his own ensembles including Bump the Renaissance,Latin for Travelers, Weather Clear, Track Fast, The Beta Popes and The Coalition of the Willing. Bobby has recorded for Rykodisc, ENJA, andPalmetto Records. As a sideman he worked with Tom Waits, Terry Adamsof NRBQ, Jane Ira Bloom, Ray Anderson, Johnny Copeland and minimalist composer John Adams. He was commissioned to create music forThe Moscow Circus and appeared in Robert Altman’s Short Cuts.

Skerik has been co-leader of Critters Buggin’ and Crack Sabbath. Currently he leads Skerik’s Syncopated Taint Septet and he’s involved in many other projects. He recorded and performed with Les Claypool, Charlie Hunter, Mike Clark, Fred Wesley, Tuatara (w/Peter Buck) and Stanton Moore, among others.

What the critics said about Ponga:
“Organic and synthesized traditions have collapsed into each other at Ponga headquarters, and the resulting double-helix intertwine sounds like no other.”
James Kirchmer, The Stranger