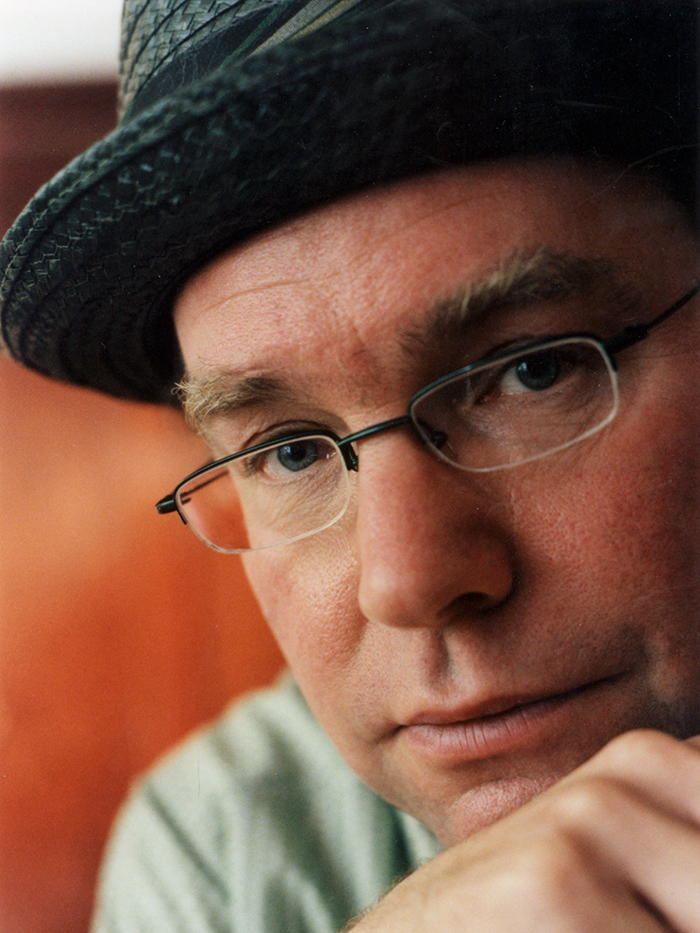 Wayne Horvitz is a composer, pianist and electronic musician who has performed extensively throughout Europe, Asia, Australia, and North America. He is the leader of the Gravitas Quartet, Sweeter Than the Day, Zony Mash, The Four plus One Ensemble and co-founder of the New York Composers Orchestra. He has performed and collaborated with Bill Frisell, Butch Morris, John Zorn, George Lewis, Robin Holcomb, Fred Frith, Julian Priester, Michael Shrieve and Carla Bley, among others. Commissioners include the NEA, Meet the Composer, Kronos String Quartet, Seattle Chamber Players, BAM, and Earshot Jazz. Collaborators include Paul Taylor, Liz Lerman, Bill Irwin and Gus Van Sant. He has been the recipient of numerous awards including two MAP grants and the NEA American Masterpiece award. Recent compositions include The Heartsong of Charging Elk based on the novel by James Welch and 55: Music and Dance in Concrete: a site-specific collaboration with dancer Yukio Suzuki and video artist Yohei Saito. He is the music programmer for The Royal Room, a performance venue in Seattle, Washington, and a professor of composition at the Cornish College of the Arts.

Selected Works for Theater and Dance

Score for Invisible Ink based on the life of Mata Hari.  Directed by Nikki Apino, Choreography by Wade Madsen, and produced by House of Dames.  Premiere at On The Boards, Seattle.  (2002)

Town Mouse and Country Mouse:  A musical adaptation of the classic Aesop’s fable.  Script by Todd Jefferson Moore.  Music and Lyrics by Wayne Horvitz.   Comissioned by and premiered at the Seattle International Childrenís Festival, May 2001.  Featuring Reggie Watts and Danny Barnes.

Score for The Professor, The Puppet, and The Executioner.  Written and performed by Todd Jefferson Moore.  Directed by Nikki Apino.  Premiered April 2001, ACT Theater, Seattle.

Score for Death of a Salesman, ACT Theater, Seattle.  Directed by Gordon Edelstein. (1998)

Live Score for Broken Day by Choreographer Crispin Spaeth (with Julian Priester and Eyvind Kang).  Performed at On The Boards and Oberlin College. (1997)

Community based performance work with choreographer Liz Lerman in Portsmouth, N.H.  One month residency in Portsmouth working with local marching band, women’s choir, tap dancers and others.  Composed and recorded electronic works for dancers, choral work for the choir based on Hebrew text, and two 8-10 minute pieces for marching band.   All works were performed various times during the last week and all together on the Final Sunday entitled Portsmouth Pages – The Shipyard Project. 90 minute documentary for NH PBS, aired in spring 1999. (1997)

Music for Bill Irwin’s Broadway show Strictly NY.  Also performed throughout the US. Music of OZ by choreographer Paul Taylor in collaboration with the White Oak Dance Company.

Music for Ezra Pound’s Elektra and the American premier of Harold Pinter’s Mountain Language. Both works directed by Carey Perloff.

Produced and performed on the Bill Frisell score for the animated television special Tales from the Far Side by cartoonist Gary Larson.  Broadcast nationally on CBS in October 1994.

A sequel entitled Tales from the Far Side II has been completed and is due to be released on Fox Television in 1999.

Produced and co-composed score with Robin Holcomb for the PBS documentary A Woman’s Health (produced by KCTS, Seattle WA, and broadcast nationally in November/December 1994.)

Composed music for 24 Episodes of Elementary Science Sleuths, a children’s science program co-produced by Scholastic in NY and Video Discovery.